I never wrote a race report for the Bryce Canyon Half Marathon because it sucked. I had a a horrible race and was very disappointed. Luckily, we still had a very fun trip and enjoyed spending time with two of my sisters and their kids and my parents.

Some of the highlights from our little trip include:
Posted by Dansie Family at 2:57 PM 8 comments:

Walk as a Witness 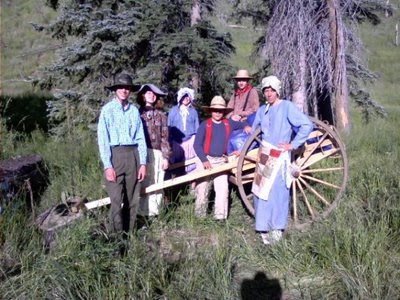 This year our ward decided to do a Pioneer Trek for our youth conference. We have never done one before, but luckily we had awesome coordinators and the whole thing got put together in two months.

We were on a tight budget, but were able to borrow handcarts from a nearby ward.

We were lucky to have a guy in our ward who owns a bunch of land in the mountains that let us use it for the trek.

We have awesome youth who pulled and pushed those carts on empty stomachs, over steep rocky mountains, through hot summer days, all without complaint. 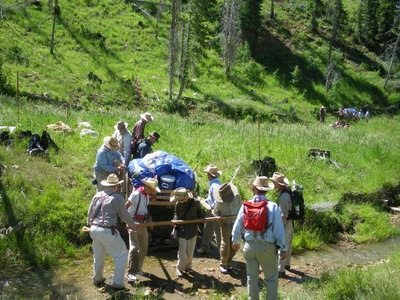 River Crossing
I really think this trek was "meant" to be. 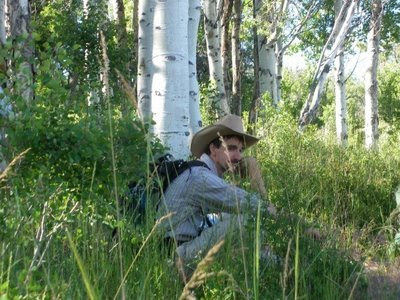 I am so glad that Tom and I got to be a Mama Anne and Papa Porter to the awesomest group of kids out there. We had 6 kids and flour sack baby, a handacart piled high with bedding and clothes. We had meager rations of food that lasted (we even had leftovers) and tasted delicious. These kids ate vegetable stew (water, veggies, salt and pepper) and thought it was the best stuff on earth. 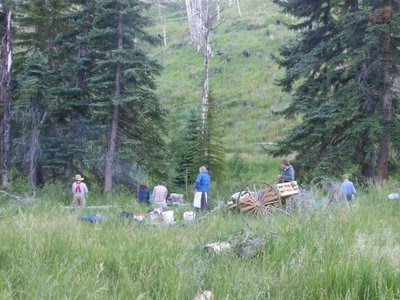 Our Camp
They were awesome at rationing their food so we had the most divine breakfast on the last day: light and fluffy flapjacks, banana "jam", and brown sugar. We were fortunate to find an egg in the chicken we killed so it made the flapjacks awesome. We also got a little buttermilk and butter from fresh cream.

It was an emotional experience to watch these kids struggle to push and pull the handcart up the steep, rocky mountains and not be able to help them. I wanted to. We did get to help in one extra hard section. I think that made the trek extra awesome, because it taught the youth that they can conquer whatever challenges they are faced with, but if the going gets really tough, there will be help available to them. 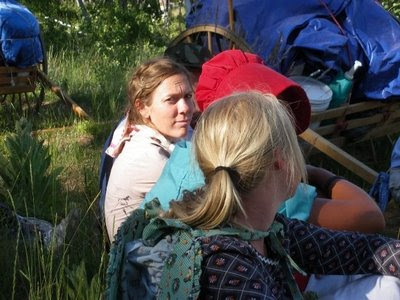 The women's pull was so awesome and so hard. We had 15 exhausted girls pushing two carts up the steepest section of the trek. The young men and leaders walked beside them in silence. Many of the young men moved rocks or brought water. It is bringing tears to my eyes just thinking about it. These girls probably never worked so hard in their lives, but they did it. They were able to get these carts up all on their own.

Overall, it was one of the greatest experiences of my life. 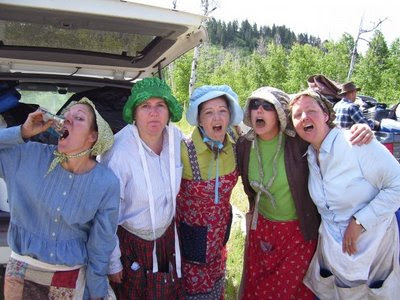 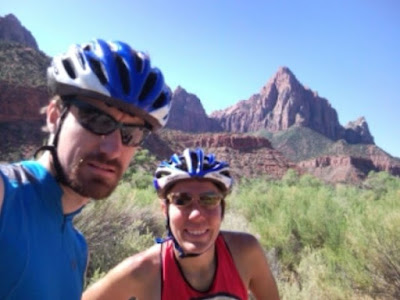 Tom and I rode 80 miles on July 3. It was super hot, super hard, and super fun. I didn't have a whole lot of energy so Tom had to pull most of the way. 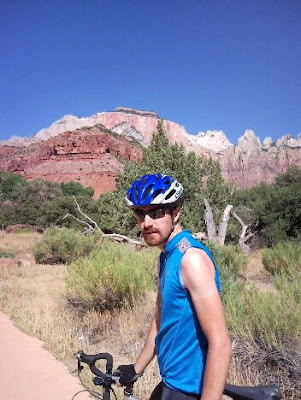 But we got to ride through the coolest National Park in the world, I discovered Coke is awesome for energy and refreshment at mile 60, and I got to be with my favorite person in the world. 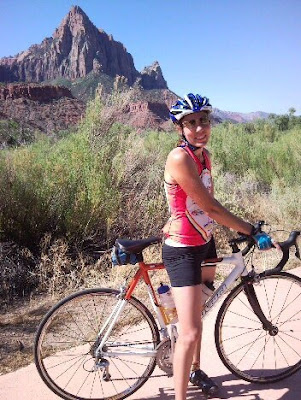 Fun for all ages and abilities!

Pre-register at Classic Sports or with
Elizabeth Dansie at 58 W 1125 N
or I can email you a form, just send me an email at edansie@gmail.com