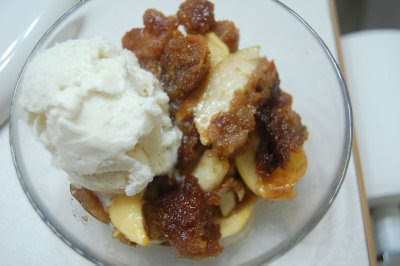 This is the last of my desserts, I will post a couple of yummy savory dishes soon.

I tried Pioneer Woman's Apple Brown Betty. She claims it is "sweet, light and yummy." She is right 2 out of the 3. It is very sweet and very yummy, but it is not light. It kind of has that over- sweetness it makes you a bit dizzy feel of her Mountain Dew Apple Dumplings. But that is not necessarily a bad thing. It is easy to make. As long as you have apples, you'll have what it takes to make it. And we can rationalize that it is somewhat good for you because it is made with fresh apples and whole wheat bread.

I think when I made it, I used more apples and more water. But other than that, I just followed her recipe. 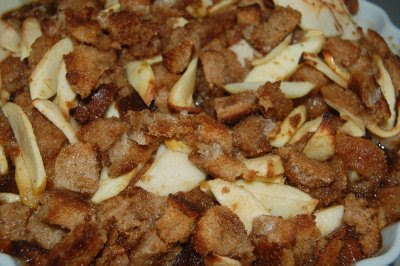 It is official Ironman announced that the newest full Ironman event will be held in none other than my little town. How awesome is that?!?

However there are a few factors that may prevent me from being one, at least in 2010.
Here is why I dream of participating in an Ironman and more specifically, Ironman St George:
So even if i don't do it 2010, I will complete an Ironman Triathlon in my life. That is my new goal. It would be awesome to do St. George, but whereever it is, I will do one. It might not be for 10 years, but who knows maybe 2011 will be the year.

Who wants to join me?
Posted by Dansie Family at 9:42 PM 4 comments: 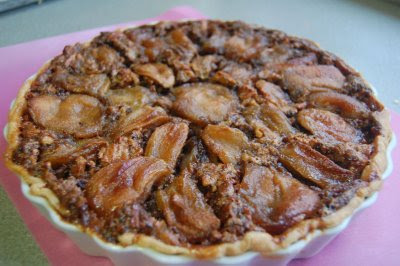 This pie was divine!! I made it first for Thanksgiving. I don't think it was fully appreciated because there were about 10 different varieties of pie present. But I loved it, so I tried it again with pecans from my brother's tree and it did not disappoint.

Alterations to the recipe included:
They great thing about this pie is that it isn't quite as sweet as pecan pie, although it is very sweet, just a tad less than your standard pecan pie. The apples add a great flavor and texture, contrasting the crunch and nuttiness of the pecans. The house smells wonderful while you are preparing it, especially as the apples are caramelizing. I like using my cast iron skillet for the apples. It makes me feel kind of rustic and like I could have made this pie no matter what era I live in. And I love that it was inexpensive since I used free pecans. Pecans can be costly so living in Hurricane isn't all bad. 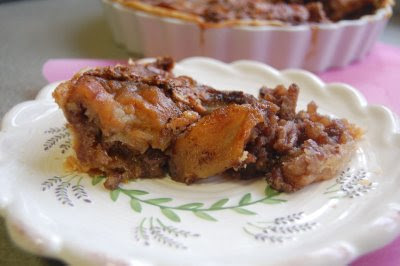 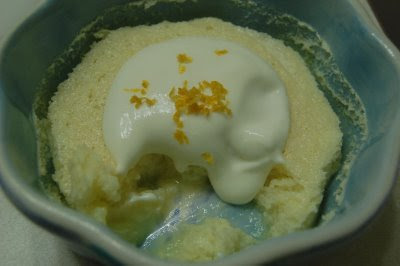 I have tried a few recipes recently. So, I will be posting a bit over the next few days. Hopefully you will enjoy some of them.

I thought the Meyer Lemon Souffle Cakes from February's Bon Appetit were delicious.

The recipe was pretty simple. The flavor was uncomplicated and refreshing. I will have to try these again. I loved the texture of the souffle, and I loved the smooth tartness the creme fraiche added to the sweet tartness of the souffle.

I made two alterations to the recipe : I used regular lemon juice and in place of creme faiche, I used sour cream mixed with a bit of whipping cream.

Enjoy and let me know if you try it out.
Posted by Dansie Family at 3:05 PM 1 comment: 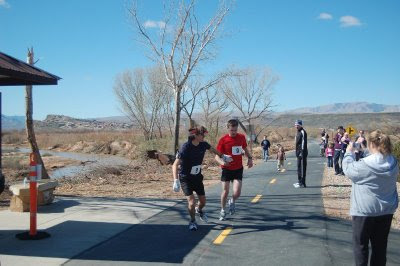 Go to www.ourroadtoboston.blogspot.com for a full race report of the most awesome race ever. Hopefully, Tom will post his soon. 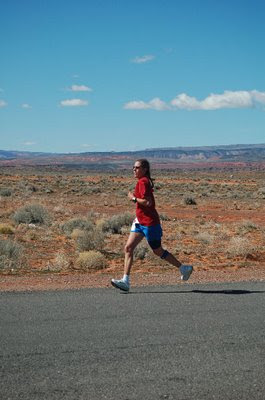 Btw, don't I have the most awesome running gait ever. Look at that back leg. how do I do it?
Posted by Dansie Family at 2:37 PM 1 comment: