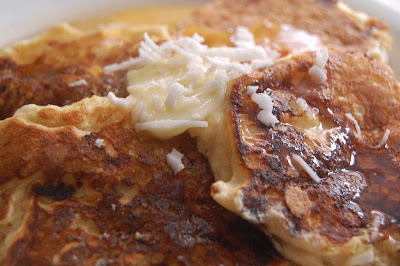 These pancakes were divine. I can't wait to make them again.

Changes I made to the original recipe:
They are fluffy and more eggy than your standard pancake. I loved the crunch the coconut added. Tom did not like that part. 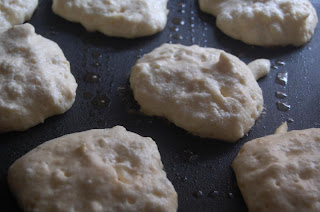 They are best hot off the griddle but taste great even cold the next day. Porter was the biggest fan; he ate 8 pancakes. I came in second with 7. Eliza didn't even finish her first one: she didn't like the coconut. 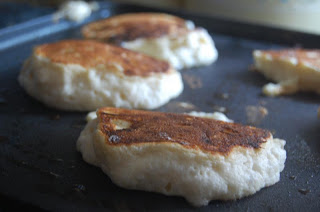 So the first coconut recipe I tried was Coconut Cake with Mascarpone Frosting. 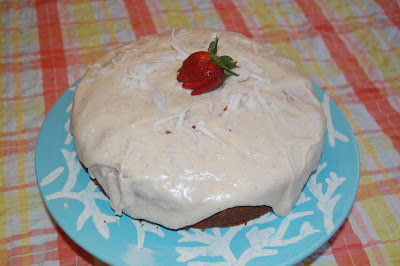 To be honest, it wasn't all that great. If I try it again I will cook it for less time, mine was a bit dry.

Changes I made to the original recipe:
Pretty, but not great. The frosting was delish.

Stay tuned for Coconut and Ricotta Pancakes (these I will make again).
Posted by Dansie Family at 3:53 PM No comments: 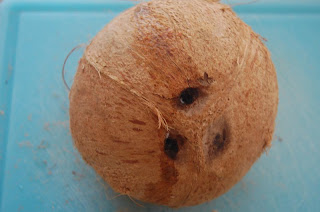 In May's Bon Appetit they did a whole feature on coconuts. Inspired by the article, my friend's post on coconut cookies, and the fact that coconuts were on sale for 1.50 at the store, I bought a coconut and made three of the recipes from Bon Appetit.

So here is how to get the coconut from a coconut.

For easier removal of the meat, place a whole coconut in a 350 degree oven for 20 minutes. Let it cool and then proceed to step one. 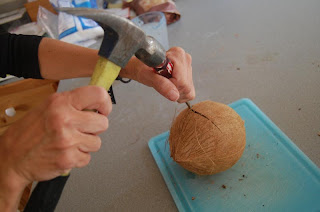 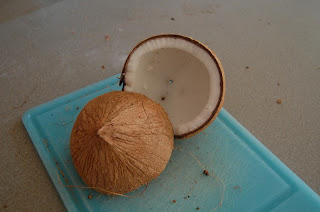 4. Place the coconut half on it's cut side and hammer it to break it in to smaller pieces. 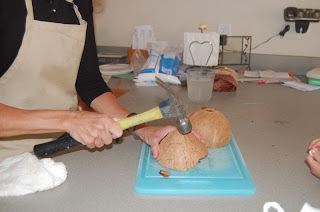 5. Using a table knife, pry the cocunut meat from the thick skin. 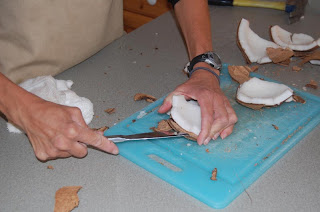 6. If desired, using a peeler peel the thin skin off. The thin skin is edible and can be kept on for more fiber. 7. Finely grate the coconut meat. I used the fine grater attachment on my Kitchenaid.

Stay tuned for my posts about the three new recipes I tried with the fresh coconut. 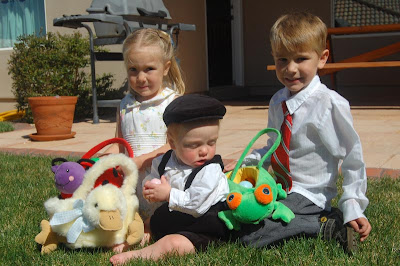 I am way behind on updating on my family. I much prefer to post about yummy food, but I guess since I don't scrapbook very often, I should keep some record of my family as well. So, here are a few my favorite easter pics. 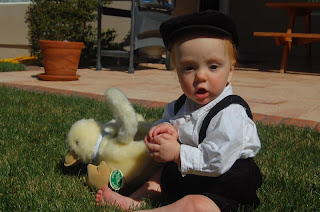 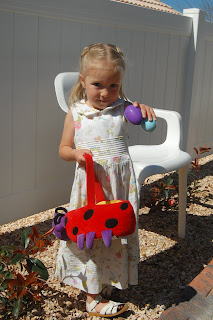 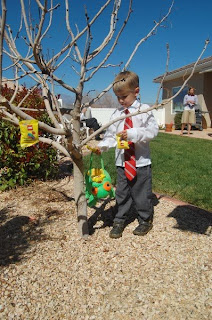 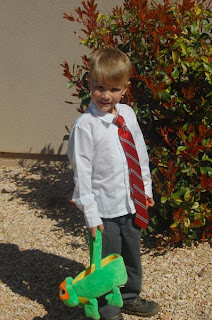 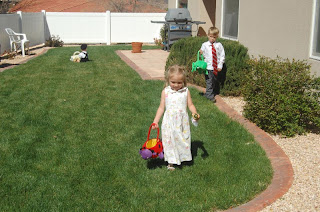 We spent the day with my parents in St. George. It is a fun tradition we've had since we moved to Utah. We missed my grandma this year. It was always so much fun to have Grandma watch from the shade of the patio as the kids hunted the eggs. Maybe she still watched. 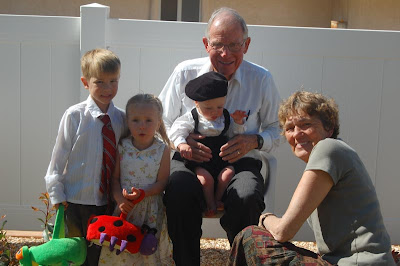 My sister-in-law did remember her camera at Disneyland and upon opening my email this morning: many, many Disneyland and California pictures!! Yea for Mary and her wonderful camera skills. 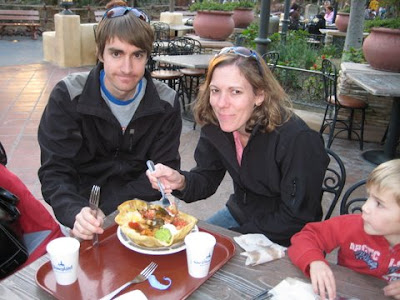 The Taco salads were a tip from Marta's post. Thanks, they were delish. 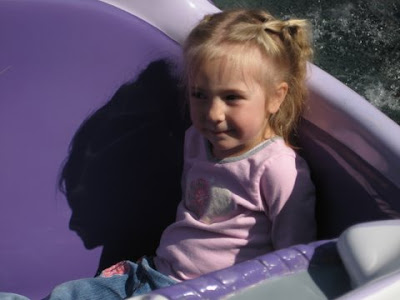 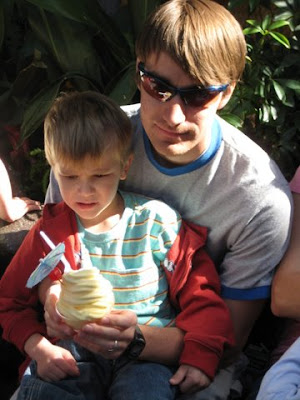 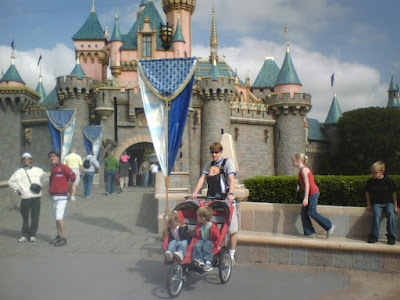 So we visited the happiest place on earth a few months ago. Being the genius that I am, I forgot our camera so these are the only pics I have and they were done with the cell phone. I love the castle one. The kids were not at all interested in posing for a picture, they just wanted to get to Disneyland.

Porter's favorite ride was Space Mountain. That is where we found Mickey and got the fun shot. 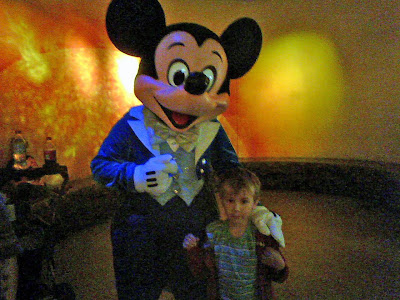 Eliza loved everything she got to do with her cousin especially the parade. We had the best seats, thanks to Mary and Shanna.

I loved doing Space Mountain with Porter and Buzz Lightyear with Eliza and the Taco Salad in Frontierland.

James was an angel the whole day. He just enjoyed being in the front carrier and doing what rides he could. It was a good age to take him. I think if we were to try it now with him being 8 months, it would be more difficult to keep him entertained.

I can't wait to try it again when the kids are a bit older.
Posted by Dansie Family at 3:46 PM 2 comments:

I want to be part of a musical, too

Found this via a friend's blog. Hilarious. And catchy.